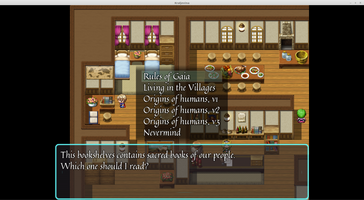 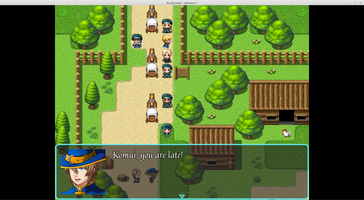 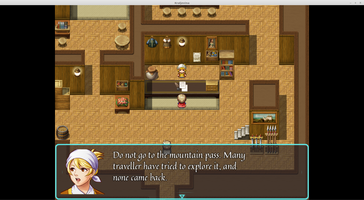 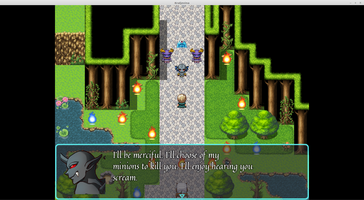 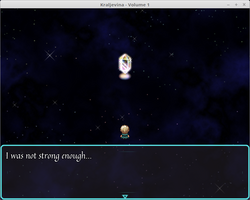 Kraljevina is the first game I ever complete. I started my GameDev interest playing a bit with Godot Engine some months ago, but I never completed a real game or learned much about the engine (there isn't much documentation about doing some basic stuff like inheritance). After I saw the bundle, I decided to buy the engine AND later, I learned about IGMC. So, these are my thoughts about my first work.

There are many things I could and should have changed before the last releases. Some of them were not done because I didn't had the time, the skills or I had the time but I didn't allocated it for that specific feature but used it polishing other details. So, this is the list I should have put some more effort into:

As a developer, I don't have the skills to pull off amazing art like other titles in the contest. In fact, all my textures and art are from BaseResource. I manage to get some custom fonts and manually change a bit the art of the dialogue window using GIMP, but everything else is from BaseResource. Learning to do quality art takes time, and I forgot to spend time searching for art that could be better than everything I had. 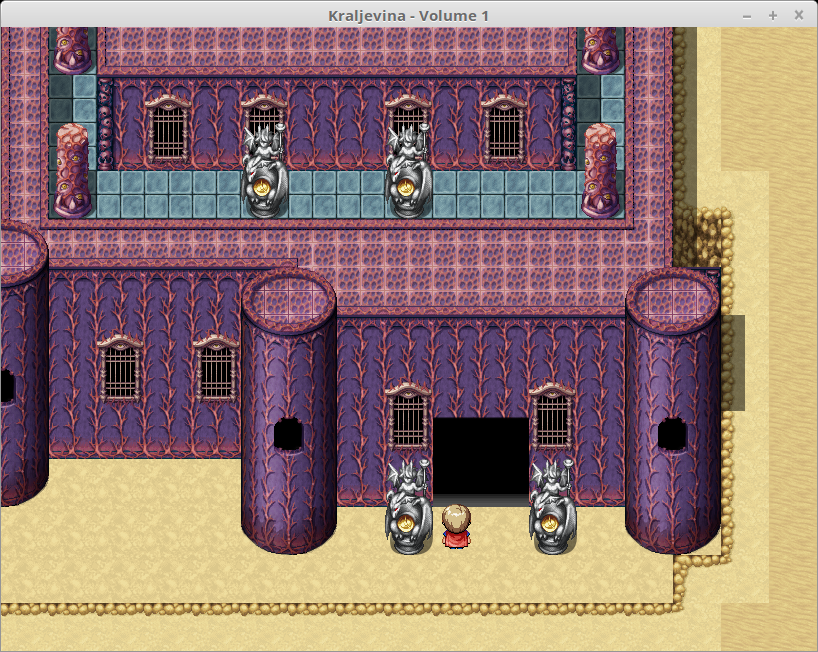 My narrative is good - I guess - but the dialogues don't really show it. Some of them are too bland for my taste or even ruin the moment. Using indirect narrative that immerses the player better in the story is one of my next steps to improve. I ended up getting some elements I planned to get into the game but I couldn't using the books. They contain how the people of this land view their world and their creator. It also gives you an insight of what the world is going to become if I make a sequel. 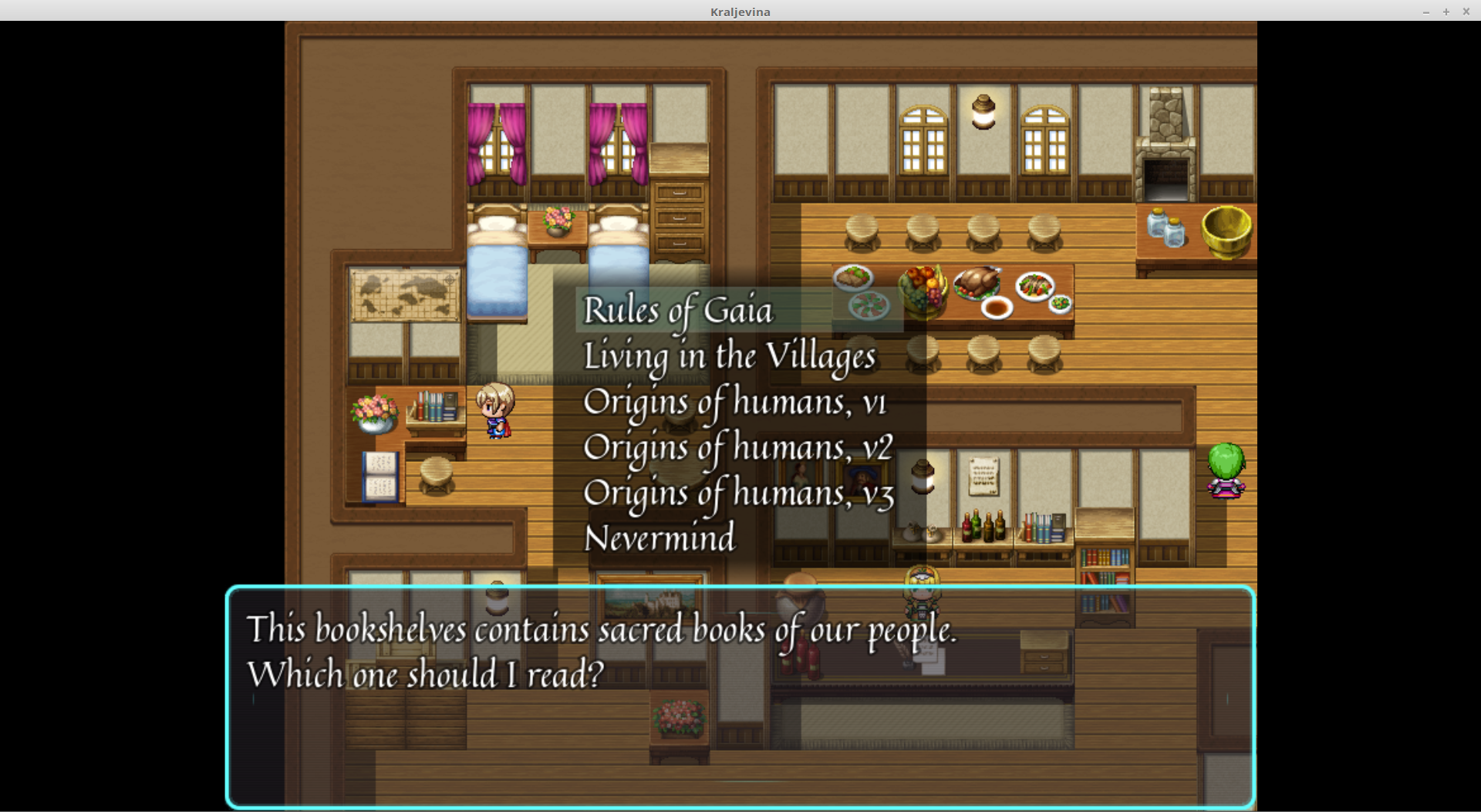 Books are a good read, but they should be more varied than having all 5 for all the bookshelves... Like if they copied them using magic, which they actually did.

Some maps are retextured  from the pre-packed in RPG Maker MV. I managed to base myself on the good design in them to change them and create maps that look good using the same style.

You can see that very clearly in Minich'i, where I tried to give it the aspect of the biggest - and only - city in that world. In the universe, people know who their creator is and it is their protector. For some strange reason, people love to live near him, which led to almost 90% of humans stay in Minich'i for their entire lives!

Other examples are the caves and the 'Aleti Pass, the first point where you have to go in the game. The initial location almost doesn't change, until the timeskip when people start using stone for their houses.

As a programmer, I should have used my skills to build all kind of flashy subsystems and plugins for the game but... It's not that easy. I started my game on the second week without any experience on using RPG Maker at all, so I had a lot of problems finding the right methods to use. So, most of my effort went to storywriting instead.

I later used my skills to add some of the Yanfly plugins at last minute and customize them so they didn't look ugly. That made it look more polished but the initial mistake made people lose interest in the game.

One thing I noticed too is that I should have added a quest system and a dynamic map. Some people don't like to read dialogues and after the initial cut-scenes, they are completely lost. That is also on my checklist - on a high priority. 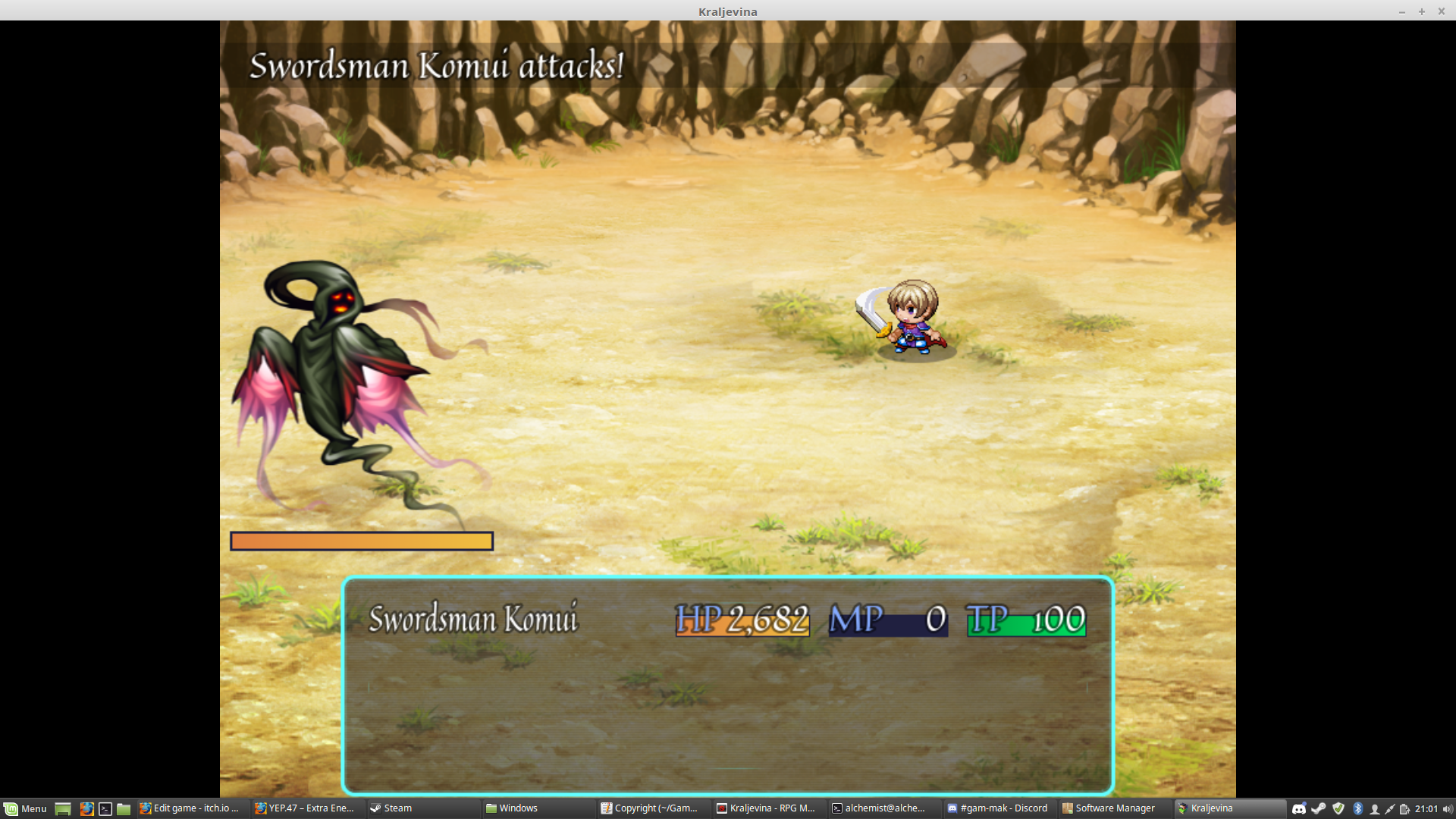 You have to edit the plugins so health bars are smaller and don't overlap with each other when battling giant enemies.

More endings are replayability and in my case, I find games with multiple endings very entertaining. Right now, there are 3 endings:

An RPG is supposed to let you interact with the world. If you can't interact with it or even have an impact on it, it becomes dull and boring once you discover it all. So, one of my goals is to add endings like for example, getting him married to that girl who has an interest on him and making him open to others so all the weight is not on his shoulders, or even recruiting more members to help him through quests. 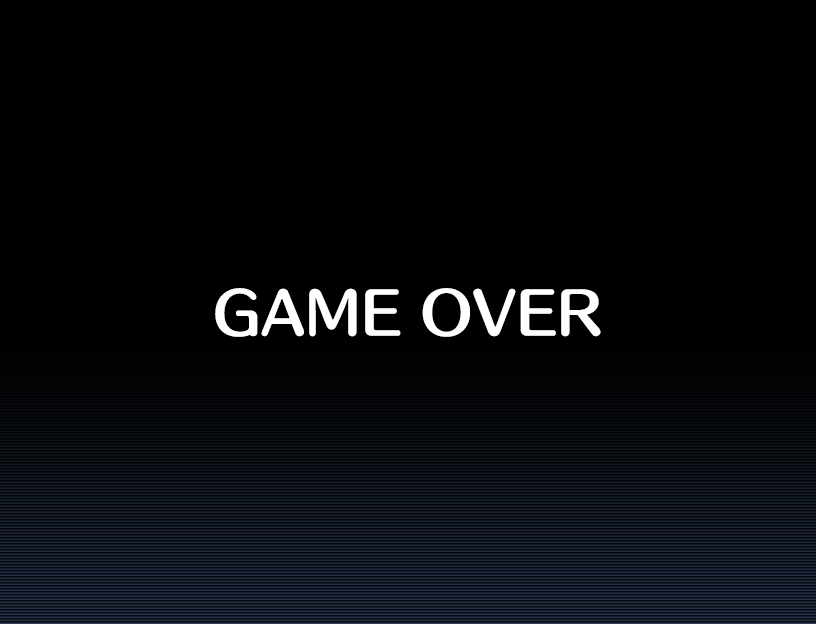 All endings lead to this screen except the "Victory" one. This is why I should have added epilogues.

I hope you enjoyed it if you played it, I'll try to keep everyone updated during this judgement phase and after it ends!

A fast-paced RPG where a fisherman becomes a warrior in order to defeat the darkness.